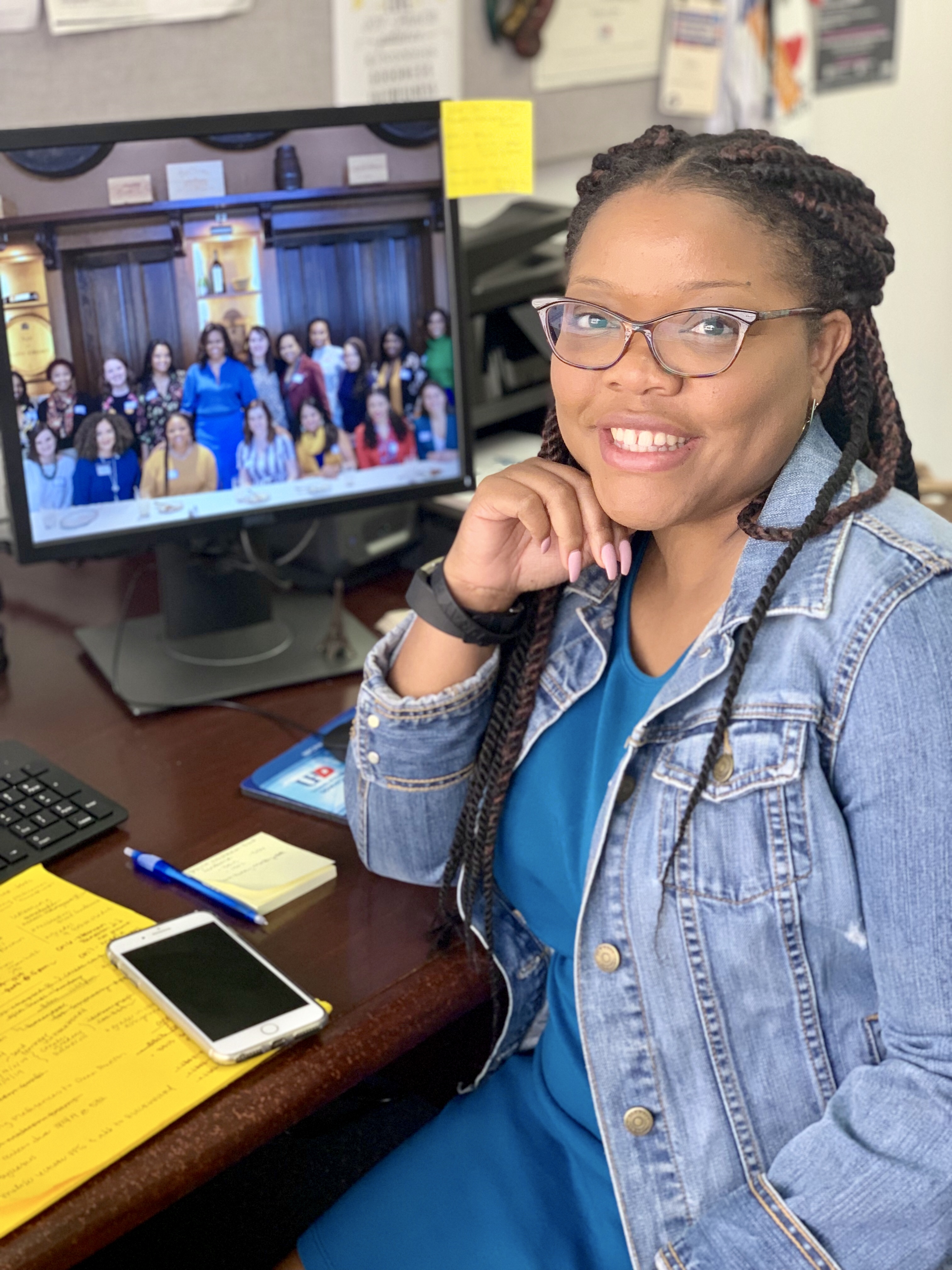 Felicia Harris graduated with a master’s in health and medical journalism in the spring of 2012 and went onto earn her Ph.D. in mass communication in 2015. She now works as an assistant professor of communication studies at the University of Houston-Downtown.

You are an assistant professor in Houston. How is that going?

I teach a bunch of cool classes around media and advertising. I teach a Black Twitter class that is still experimental. I wanted to use what I know about Twitter and how people of color— black people in particular— use Twitter to create an alternative media space to achieve the purposes that they have collectively agreed on together.

Did you know that was what you were going into?

No, not really. When I came to UGA for my master’s degree, I thought I was going to be a journalist. That was my goal with the health and medical journalism program, I started “telling stories that matter.” That was the tagline.

It was very powerful to learn about health disparities and how different folks have completely different experiences, particularly for black women, looking at some of my own health outcomes and health outcomes from other women in my family. It was a big wake-up call. And it was something that I didn’t want to just write stories about. I wanted to understand even more. I wanted to figure out what are the ways that we can combat those kinds of health disparities, and how can we talk about it in a way that produces change and transformation.

I decided to do my dissertation research on Black Girls Run because they were doing just that using social media. They were talking about a prominent health issue and a very prominent and highly vulnerable population. And they were being effective. That really captivated me because it’s something that we don’t always see in traditional public health campaigns where people [are] targeting women of color. They always target, but not necessarily effectively.

What are some common mistakes that lead to ineffective communication?

In my opinion, I think sometimes people who communicate about health get stuck up on policies and practices. There are a lot of levels of approval that you have to go to in order to have a health message shared with the public. So in that way, Black Girls Run was able to do something that other communicators are not able to do with as much ease.

I think that that helped them be more successful.

How did you cope with the process of realizing that you wanted to do more research and teach instead of writing?

When I first started my Ph.D., I wanted to drop out in the first year. I thought “all I want to do is write and tell stories that matter, and this is a lot of work.” And I met with someone who is a mentor and at the time, the editor of the Atlanta Tribune.

Do you have any advice for current students?

My advice would be to just know that there are many pathways to accomplish what you set out to accomplish. Be flexible to see what that looks like. It doesn’t have to be so rigid as we think. You can accomplish the same goals in a number of different ways.

If anything, going for the Ph.D. instead of going to New York, which was my dream, allowed me to expand my opportunities. I’m still a writer. I still have all the same skill sets that I learned in health and medical journalism and in my master’s program at Grady. But I also have more entrenched knowledge and understanding of the magnitude of what we undertake as journalists and writers in the media industry, particularly in this era of fake news. We don’t have time for that.