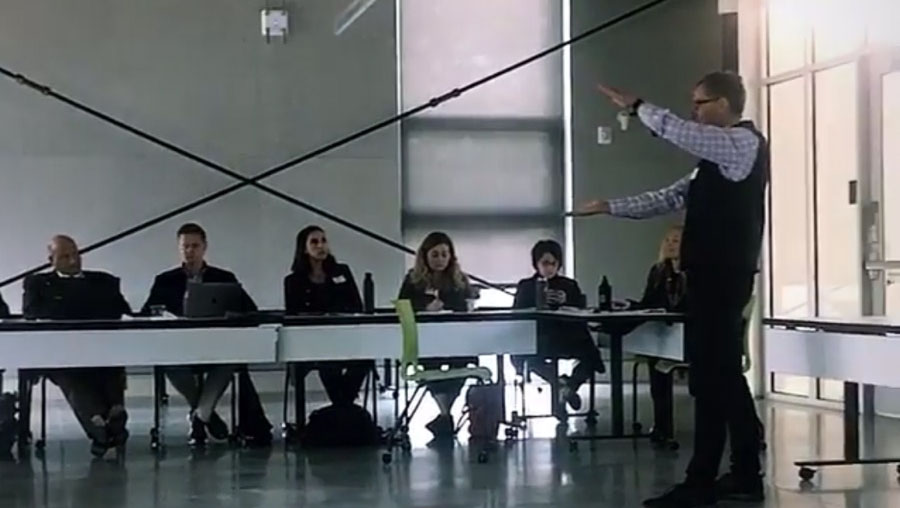 The world is being threatened by climate change, and addressing the problem will take more than just mitigating the threat. People have to find ways to adapt to the damage already done, experts say.

Climate change is the mother of all public health challenges facing human civilization, because it transcends time, space and species, according to Edward Maibach, a professor of public health and climate change at George Mason University.

“It’s not just the polar bears that are at risk,” Maibach said.

In November, media professionals and journalism students attended Climate Matters in the Newsroom, a workshop funded by the National Science Foundation and dedicated to helping journalists engage their audiences about climate change. The workshop was hosted at Georgia Tech by Climate Communication, a nonprofit science and outreach project.

In the past, there was a fear of reporting on the topic because of audience disbelief in the issue, but this isn’t really the case nowadays. Fewer people hold a doubtful or dismissive attitudes towards climate change than in the past, according to Maibach, who researches climate change communication. There is public concern, but how to report on the topic is still an issue.

That’s the case for Alexandra Rios, a senior journalism major at the University of Georgia.

“Attending the workshop made it more real, that people are more concerned about global warming over the past five years,” she said. “Everyone wants to help, but they don’t know how.”

Looking at the whole picture can be overwhelming, but there’s a way to report on climate change that simplifies the details in a way the public can digest. You have to take a step back and parse the story into manageable pieces, WABE’s Molly Samuel said.

“You don’t have to know all the answers to lay out the issues,” she said.

Reporting on climate change requires simplifying larger ideas into “kitchen table issues,” according to J. Marshall Shepherd, director of the Atmospheric Sciences program at the University of Georgia. This is how it resonates, he said.

Breaking up climate change into understandable parts lends itself to localization. For example, Mary Lander, the environmental reporter for the Savannah Morning News, tackled this by writing a series of shorter posts about sea level rise, including focused solely on the endangered whales on the Georgia coast.

Other challenges reporters face are the issue of giving false balance to those who do not believe in climate change, and accessing data. But you can side-step false balance by pulling in varying perspectives.

For example, TV reporter Matt Pearl from 11Alive, WXIA in Atlanta recently produced a report called Plan G. It tells the stories of various Georgia residents who are all uniquely affected by climate change, even though some of them don’t believe it’s a real problem.

Another challenge in reporting on climate change is access to data, Landers said.

The workshop was packed with information and guidance. Professionals and students alike left better equipped to handle the big climate change topic.

“It was a great experience,” said Devon Zwald, a journalism graduate student at the University of Georgia. “It was such a unique opportunity to hear from professional journalists about how they approach stories, the issues they encounter, and the state of journalism as a profession.”