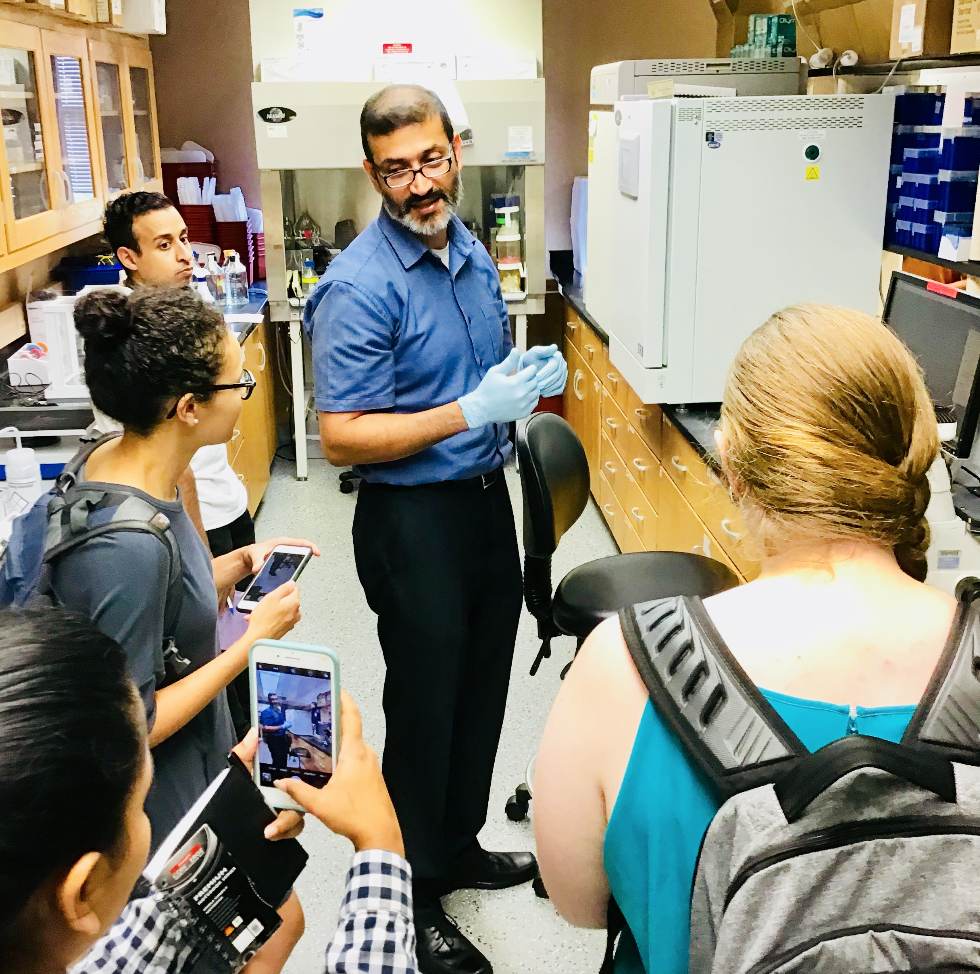 Isabelle Blaber was out horseback riding a few days before final exams in April 2016. She was 19 at the time, a freshman at Rhodes College in Memphis, and she had been a rider since she was 5.

But on this particular day she was on an unfamiliar horse, and things went wrong. In a failed attempt at a jump, she was thrown to the ground and suffered a hard blow to the back of her head.

Blaber remembers feeling fine immediately after the fall, and she was tempted to shrug it off. But a friend persuaded her to visit a doctor the next day, and she was fortunate she did. She had a concussion, a brain injury.

Yet like many concussion patients, Blaber learned that her options for treatment were somewhat limited. She had to slow down her life a bit to see what happened next.

“It was really frustrating being told what not to do,” she recalls. Lohitash Karumbaiah in the Regenerative Bioscience Center at the University of Georgia on Sept. 13. Karumbaiah is lead author of a recent study published in Nature in which researchers recreated traumatic brain injuries in a petri dish.

The lack of therapeutic intervention has been a longstanding frustration for those who study concussions and other traumatic brain injuries. Now some University of Georgia researchers may be making headway in addressing the issue.

In a study published in July in the journal Nature, scientists who focus on cell regeneration at the UGA reported successfully replicating some conditions of traumatic brain injuries in a Petri dish — without using an actual human brain — allowing researchers new insight into the condition.

Click for the full story posted here in Georgia Health News. The authors Emily Webb, Alexandra Boss and Prajakta Dhapte are graduate students in the health and medical journalism program.