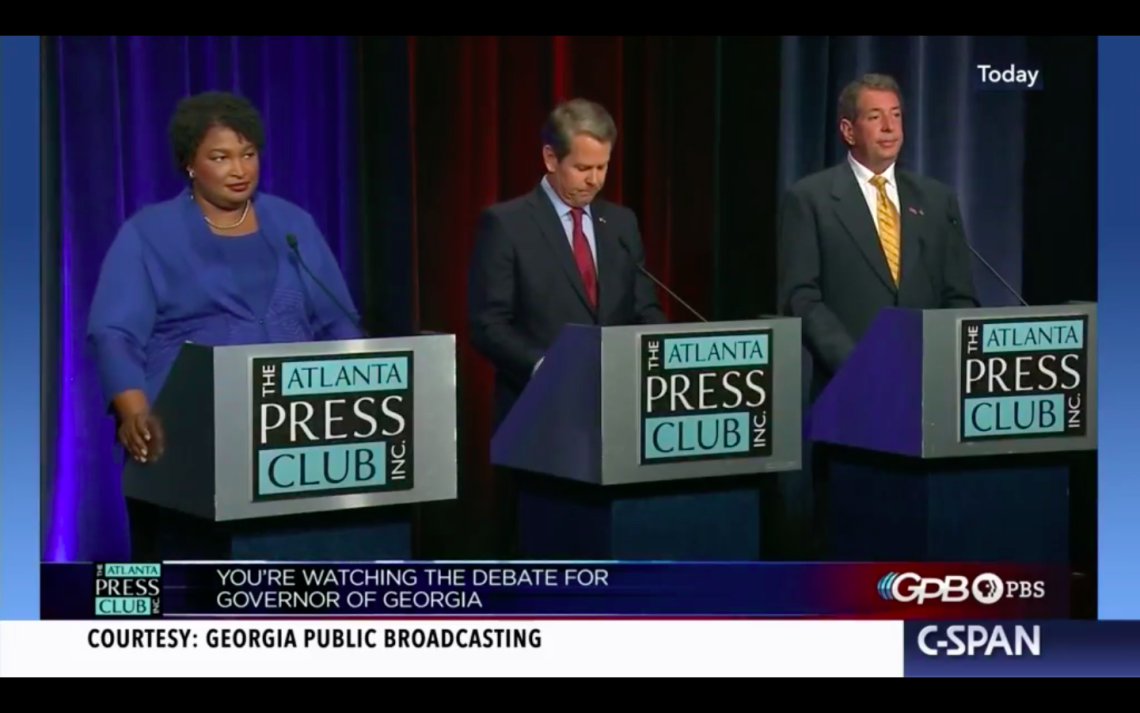 Democratic nominee Stacey Abrams pushed an expansion of Medicaid in Georgia, while Republican nominee and current Secretary of State, Brian Kemp, repeatedly referred to Abrams’ plan as “radical” and “extreme.”

Abrams portrayed the expansion of Medicaid as beneficial for both metro-Atlanta and rural Georgians, as said it was a measure supported by both Republican and Democratic lawmakers. She cited Vice-President Mike Pence’s expansion of Medicaid during his time as governor of Indiana as proof of her plan’s bipartisan nature.

Meanwhile, Kemp referred to it as “expanding a broken system” and used his first opportunity to pose a question to his competitors to describe what he believed to be the flaws of Abrams’ plan. Expansion would be similar to a government takeover of health care, he said.

“Miss Abrams plan will make your current plan illegal,” Kemp said. “And will raise your taxes for healthcare. My healthcare plan protects folks with pre-existing plans.” In his closing statement, Kemp also said that he would “cut taxes and lower healthcare costs.”

Abrams often used her allotted time to steer the conversation back towards healthcare. Abrams stated that her Medicaid expansion plan would bring 56,000 jobs to Georgia while helping to stabilize access to care to communities in rural Georgia.

“Georgia needs to move forward and recognize that we all need to live in a state where everyone has the opportunity to thrive,” Abrams said.

Early voting is already underway across the state, and polls are suggesting a dead heat between Abrams and Kemp. The candidates are set to debate again on Nov. 4, two days before election day.